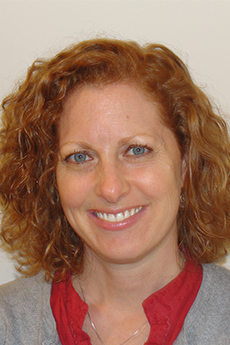 Experience:
After studying abroad in Paris, France, Robin got a taste of working in international education through promoting Study Abroad to first-year students on her campus.  While her friends got tired of hearing about her time abroad, those first-year students were rapt!  She later took a job with a Study Abroad program provider, recruiting students around the U.S. and preparing them to study in London or Dubai.  The program sent her to London in 2001 to provide academic and pastoral support in-country.  After writing her MA thesis on multicultural education, Robin worked for an international school (ages 3-18) – and is always happy to talk about the International Baccalaureate.  She spent several years as a college counselor but returned to the Study Abroad field to help U.S. students adjust to the rather different British academic system.  She has been looking after GW England students since 2015.

Besides supporting students and facilitating their cultural exploration as director of GW England, Robin has enjoyed an active role in supporting colleagues through the Association of American Study Abroad Programmes UK.  She has served on the association’s board for the past five years, helping administer an annual student scholarship and founding a small office support (SOS) network for others who similarly work in small program offices.  Most recently, she has helped steer discussions and activities around topics of diversity, sustainability, and mental health.

Interesting Facts:
Robin has been called “a serial volunteer” due to her roles supporting the 1996 Atlanta Centennial Olympic Games and the 2012 London Paralympic Games, as well as several other international sports competitions.  She is also active in her alumni club and community gardening and has joined several international service trips with Habitat for Humanity.  Having learned that service is a great way to learn a local culture, Robin loves finding volunteer opportunities for GW England students.